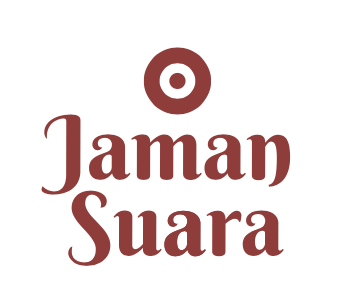 This concert comes as a response to the symposium’s main theme, which recognises the crisis we as humans currently find ourselves in. How can a non-Javanese gamelan group contribute to the dialogue so needed nowadays to mitigate the crisis? Is there a repertoire we are allowed or not allowed to play? Can we legitimately create new music without a finger being pointed in our direction, saying “you are to be blamed, get off the stage!”? These are just some of the questions troubling not only our group, but the various ensembles of traditional music across the world as the conversations on colonial past and present, white privilege and decolonial efforts encompass different aspects of our lives more and more. Music is no exemption here, and in this concert, instead of lulling ourselves into a sense of false security of informed performance practice, we take a different path.

We begin with two pieces of standard gendhing bonangan repertoire, Lancaran Bindri and Ladrang Larasati. Recitation of lyrics of a traditional song from the Međimurje region, Vuprem oči (I Look Up to the Skies High Above), is directed towards the audience which knows the melody of the song. As the nature of the melody we cannot hear at the moment is pentatonic – just like gamelan tuning, despite the obvious differences in temperation – we have decided to leave the lyrics as a hint of what might happen later. Meanwhile, Ladrang Larasati represents the court style of playing within the walls of the Kraton Ngayogyakarta Hadiningrat Palace, often described as being louder or less sophisticated when compared to the Solonese style of playing.

Introducing western instruments to the gamelan orchestra is not a new concept, let alone a western idea, but it has a western input of colonial past. In the royal palace of Yogyakarta, gamelan can be heard together with a marching band, performing the repertoire known as gendhing gati. While in gendhing gati marching band is assimilated to the forms of traditional karawitan, Lou Harrison’s Double Concerto for Violin, Cello, and Javanese Gamelanintertwines the two (namely, gamelan and “the west”) in a different way. Ladrang Epikuros and Gendhing Hephaestus, the first and last movement of the piece, offer the treatment of gamelan as orchestral accompaniment to the soloists, but such an accompaniment is still organised within traditional forms of ladrang and gendhing. At the same time, the soloists’ parts are well within the classical mode of composition, and yet they follow the rules of the panerusan parts of the gamelan orchestra. In such a setting, the second movement works as a counterbalance. More on the context of this piece can be read in the following notes written by Jody Diamond, the director of the American Gamelan Institute and the director of the Mills College gamelan which premiered the piece in 1982.

The Gamelan Music of Lou Harrison:

Of the 86 pieces Lou Harrison composed for gamelan, only a dozen have parts for European (sometimes called “western”) instruments. Yet these are the Harrison compositions played most often in gamelan concerts around the world.

Why did Harrison combine instruments from these different traditions? You might read about his music being a “marriage of east and west,” or a cross-cultural fusion. No, that’s not it. Or maybe he wanted to include an instrument that an audience new to gamelan might be familiar with? Not his reason either. I do think that it is the familiarity with orchestral instruments that makes these pieces so popular with foreign audiences—at least there is one instrument they can follow, out of the complex multi-timbral texture the gamelan exudes. But that was not Lou Harrison’s motivation for including them.

I will tell you why Lou wrote these pieces. He loved the experience of playing in a gamelan, especially the sense of communal unity enjoyed by the players—each traveling in a unique time-sound-path to reach the moment the great gong plays, when everyone, for that instant, is playing the same note. Lou wanted his friends to experience the unique joy of playing together in this way. If a friend happened to be trained in violin, or piano, or saxophone, instead of a classical Javanese instrument, well, no problem, Lou would write a melody for their instrument, so they too could become one with the gamelan.

You may think of these parts as solos, because it is so easy to follow a familiar instrument. But in Javanese orchestration, there are no soloists. Every instrument—whether a gong marking a cycle of many beats, a metallophone with a steady stream of notes, or a violin playing a fulsome and enchanting melody that moves your soul—is equally important in the intricate sonic flow that Segovia compared to “moonlight and flowing water.”

Our Javanese teacher, known familiarly as Pak Cokro (and formally as KRT Wasitodipuro and later KPH Notoprojo) invited Lou to write for the Javanese instruments residing for a term outside Lou’s office at San Jose State University in California, knowing that Lou and his partner William Colvig had already begun to build a gamelan of their own, with aluminum keys instead of bronze or iron. When Lou, ecstatically accepting the invitation, prepared to compose for the first time on instruments from Java, my teacher, for whom I had been a teaching assistant for a decade, said “Jody, you better go help Lou, because he won’t know what all the instruments are supposed to do.” Lou composed the core melody of his first piece for Javanese gamelan, Bubaran Robert, in 1976; I helped him figure out the parts for all the other instruments, including the drums. That was the beginning of a quarter century in which I was Lou’s teacher, arranger, gamelan director, and, above all, friend.

And tonight, as you ride the waves of the gamelan’s sonority, you can imagine that you, too, have been invited into a friendship with Lou Harrison.

For a moment, excuse the author of these notes for taking a rather personal approach to the next piece. Sometimes the moments of nostalgia can be the most fruitful ones. Such was one of the evenings during my studies in Yogyakarta, when it first occurred to me that maybe there is something in common between home and Java. I listened to a gendhing featuring a pesindhen (female vocalist) when I got the idea of combining a Croatian traditional song with the sound of gamelan. The song in question, Nema lepšeg kak malo Međimurje (There’s Nothing More Beautiful Than Međimurje), while belonging to a different tradition than my own, is in fact one of the songs of my childhood which was partially spent in a folklore ensemble learning the choreographies I still know by heart. In the arrangement Jedna mala ružica (A Little Rose), the melody is transposed to slendro and its variation is presented in pelog in the central section of the piece.

The Gong Suite is one of the pieces created by the whole ensemble for the performance at Music Biennale Zagreb in 2019, in which we imagine the process of gong-making through its three movements. In this piece, we move away from the traditional form of karawitan and each member contributes to the final sound by re-imagining the function of the instrument assigned to him/her. Some traditional techniques of playing, like imbalan, can still be heard, but in this piece – which is revised for every performance – they are transformed by being played on different instruments.

The last piece on the programme tonight is an arrangement of the popular Javanese song Jaranan. While in fact a children’s song, it is frequently heard as an accompaniment to the kuda lumping (literally: “flat horse”) dance, in which dancers reach the state of trance by “riding” small horses made of woven bamboo. In our arrangement, we have tried to retain the beat of the dance in sung episodes and move away from it in instrumental sections.

In 2015, several students from the Department of Musicology (Academy of Music in Zagreb) started to attend a gamelan course at the Embassy of the Republic of Indonesia, where they were learning the art of gamelan playing from Dr Johannes Radjaban. Months later, they held their first performance at the over-crowded small concert hall of the Academy, and under the name Terbangun Matahari they performed at the 49th International Folklore Festival in Zagreb in 2016. Upon returning from her studies in Yogyakarta in 2018, Julija Novosel began teaching gamelan at the Embassy. Some of the first members re-joined the course, accompanied by a number of interested students, many of whom are also students of musicology. In 2019, they formed the Jaman Suara Gamelan Ensemble and gave their first performance at the tourist promotion event organised by the Embassy. Other performances soon followed, most notably at the Music Biennale Zagreb, where the Ensemble premiered its own compositions for gamelan. In the same year, they held an evening concert along with the vocal ensemble Harmonija dissonance at the Academy of Music, Zagreb. In 2020, Jaman Suara held two performances at the 54th International Folklore Festival in Zagreb, followed by the performance at the 18th International Festival of Traditional Instruments in Buševec. The Jaman Suara Gamelan Ensemble focuses on a traditional repertoire performed in Yogyanese style, as well as creating new pieces through collaborative work of all members. Currently, members of the Ensemble are: Sara Blažev, Luis Camacho Montealegre, Ena Hadžiomerović, Klara Kosić, Francesco Mazzoleni, Lucija Novosel, Francesca Paleka, Hannah Pavlić, Damjan Roce, Nikola Trputec, and Julija Novosel (artistic leader).

[1] We use this opportunity to thank Jody Diamond for her contribution to this concert, not only for writing the lines above, but also for her suggestions, advice and ideas on performance of the piece.